Our Optometrists at Briargrove Eye Center serve the community of Tanglewood, Houston. Tanglewood is located in west Houston, TX and began its development in the 1930s. It was established by the Farrington family. They chose the name Tanglewood because “Tanglewood Tales”, by Nathanial Hawthorne, was the Farrington’s daughter’s favorite book.

Tanglewood is only minutes from downtown Houston and contains many beautiful walking paths and bike trails. The city used to contain only ranch houses but now has expanded to more modern styles. 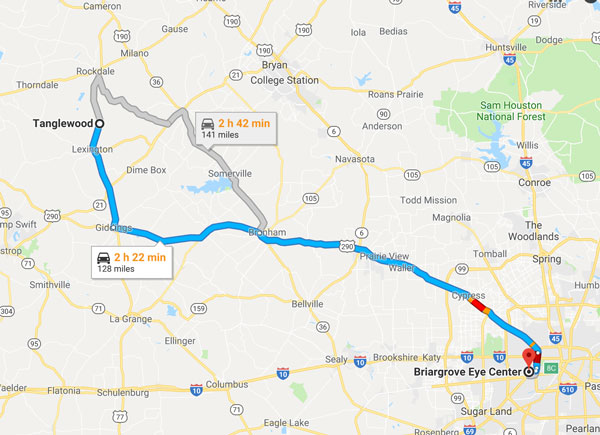 We carry the latest European and American designer eyewear collections in a variety of styles, colors, and materials.

Regardless of your age or physical health, it’s important for your entire family to have regular eye exams.

Whether you wear daily, weekly or monthly disposables, or conventional (vial) lenses, check out our selection of lenses that fit your needs.